Startup Weekend: What if life & business were always this way?

Going into Startup Weekend Cedar Rapids 2014, I only had a few clear expectations as to my personal involvement:

All of these things and more were true for me personally, but the community gained so much more. It was an amazing honor for my startup team, Major Trading Cards, to be judged 1st place idea and voted crowd favorite. More broadly and importantly, I saw a breakthrough for entrepreneurial ideas in Cedar Rapids. There were a number of key themes I saw which confirmed this hypothesis for me. The weekend identified and highlighted great people wanting to further themselves, great ideas, our community, and serve others via their vocations. The event included not only the “typical” entrepreneurs I have come to know and love in the Corridor (yet those people were there as well), but new faces emerging from their corporate cubicles, interested “traditional” business people, and a healthy amount of students from all of Iowa’s major Universities. Around 120 attendees, judges, mentors, and volunteers took part in the weekend. The common theme among them was a passion to do more, push themselves, inspire those around them, and do amazing work. The passion was thick and invigorating. What amazing individuals.

What if people in life and business were (or could be?) always this way? Of the 70 of so people who placed themselves on Startup Weekend teams, about half of them pitched one of their crazy ideas to be considered by the rest of us. Some ideas were better than others, but all of them were new ideas in the eyes of the beholder and forced those attending to think about possibilities. After a handful of these ideas were weaned down by popular vote, those ideas then morphed and expanded into additional ideas and expanded the minds of those working on the projects. This 54 hour exercise, of idea pitching, iteration, and continual layers upon of business concepts to make the ideas better was compelling to experience.

What if ideas in life and business were (or could be?) always this way? While at times caffeine or alcohol encouraged, the energy at the event was intoxicating in its own right. The previously mentioned people and ideas really fed this energy. Early or late each day, teams were working away, making things happen via coding, calls, and business planning. No matter where you turned something awesome was getting accomplished. On our team we worked on task after task – seemingly with one flow of consciousness between us – to move our idea, demo, and pitch deck closer to completion on Sunday.  I’ve worked in “agile” environments before, but in this case the formalities were skipped and the attendees of Startup Weekend just moved to get stuff done.

What if the energy in life and business were (or could be?) always this way? By the time the weekend was wrapping up, the attendees were beginning to get tired and stressed for pitching their ideas, but the momentum for the community was hitting a feverish level.  As there was a final push to get the pitch decks in line and practiced, the judges, observers, mentors, and attendees made their way to the general session area for the main event. After eight great pitches by teams with ideas which had grown and evolved during the weekend, everyone could let out a collective sigh of relief. However, that collective sigh from an invigorating weekend only continued to fuel a growing wave of momentum which has been building in Iowa’s Creative Corridor for a number of years.

What if the momentum in life and business were (or could be?) always this way? Looking back at the Startup Weekend experience as a volunteer, sponsor, participant, and community member I observed an event which brought a weekend of business awareness, legitimacy, and vigor to the City of Cedar Rapids I have rarely seen in such a condensed form since moving to the City in 2006. There have been many great events, talks, campaigns, and people who have helped to set the conditions for a successful Startup Weekend in Cedar Rapids. This should not be discounted. Nevertheless, the people, ideas, energy, and momentum generated in 54 hours along the banks of the Cedar River February 28-March 2, 2014 was special. If the community, entrepreneurs, and business can find ways to replicate the trust, drive, and passion of that experimental weekend – there is no reason this area cannot thrive. All you, I, and we have to do is do it.

What if the region we live and work in were (or could be?) always this way?

Images via http://startupstockphotos.com and the Startup Weekend CR 2014 Facebook Group

We are building the future of sales & marketing tech — helping people from all over the world from Cedar Rapids, Iowa. We aren’t naïve, but we do employ the Midwest’s famous work-ethic, trustworthiness, & friend nature in everything we accomplish for you. 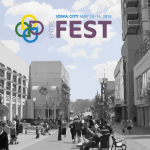 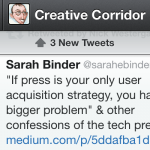 This website uses cookies so that we can provide you with the best user experience possible. Cookie information is stored in your browser and performs functions such as recognizing you when you return to our website and helping our team to understand which sections of the website you find most interesting and useful.

You can adjust all of your cookie settings by navigating the tabs on the left hand side.

Strictly Necessary Cookie should be enabled at all times so that we can save your preferences for cookie settings.

If you disable this cookie, we will not be able to save your preferences. This means that every time you visit this website you will need to enable or disable cookies again.